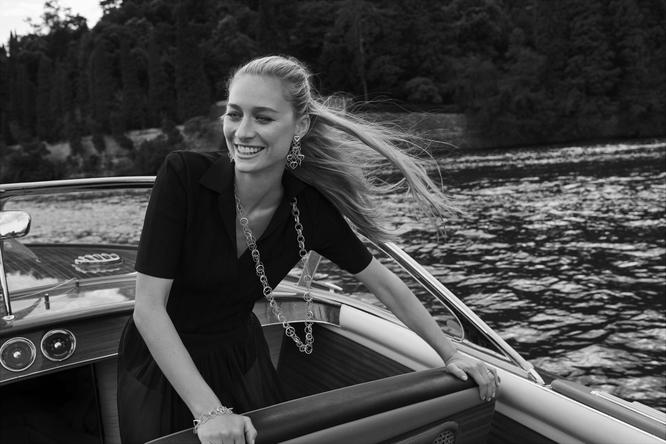 Grace Kelly's legacy remains present in the style of the Monegasque monarchy, even in women who, although not blood of the royal family, are linked to it, such as Princess Charlene of Monaco or the already declared, the most elegant royal in Europe, Beatrice Borromeo.

The couple Pierre Casiraghi, the third son of Carolina de Monaco, has been part of this family since 2015 and has already become one of the greatest exponents of style, not only of royalty, but of world fashion. Its simplicity and elegance characterize it and the good taste of the Italian of San Candido conquers all the media spots.

Beatrice Borromeo now demonstrates her stylistic influence again and does so this time as an image of Buccellati's latest campaign, one of Italy's most prestigious and historical jewelry firms, born in 1919, in Milan.

Here is a great video explaining the differences between paying off debts and investing. Hope fully it will help you... Http: / / t.co

Between this fashionable capital and Lake Como, Beatrice poses in front of the camera for advertising this jewel house and does so in different images in which she shows four different collections (Hawaii, Macri, Ramage and Il Giardino di Buccellati), wearing them on the street, by boat or sitting in natural landscapes. Bracelets, earrings, collars or pendants are some of the pieces that the royal wears for the occasion as a model of the firm and that combines with simple looks and different hairstyles, from semi-collected, through a low bow or loose Mane.

The snapshots, made by photographer Josh Olins, follow a wonderful and significant storytelling in a chronology that begins in Brera, the neighborhood in which Beatrice grew up and developed along the narrow streets of Lake di Como until she ended up in Villa Carlota by boat.

Now that her husband, Pierre Casiraghi, has consolidated himself in the world of luxury fashion as Dior's Ambassador, Beatrice Borromeo can also boast of adding a new project behind her and appears in this campaign as never before. While she was already part of the summer campaign posing alongside the firm's Ambassador and creative co-director, Lucrezia Buccellati and others such as Mother's Day, the firm now opens its way back to being the protagonist of no less than four different collections that promise to wipe out sales. A bet that keeps holding its title as the most acclaimed royalty member in all of Europe in elegance.