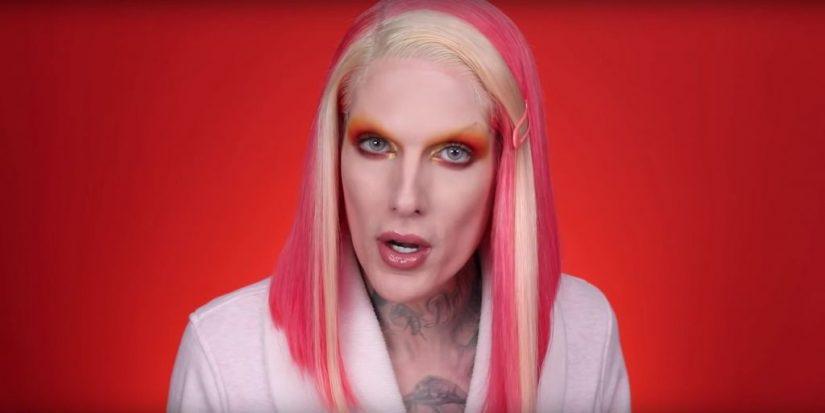 In the middle of the era of cancellation or "witch hunt", as El Rubius recently defined, the American beauty YouTube giant Jeffree Star is in the eye of the hurricane. After being continually dotted with controversy in recent months, the Morphe Cosmetics brand has announced the end of its collaborative relationship with the beauty guru. Jeffree, who in addition to being a youtuber is an entrepreneur and CEO of his own firm Jeffree Star Cosmetics, could be on the verge of "cancellation" in networks, although part of his legion of fans is still in favor of him.

“Today we have made the decision to cease all business related to Jeffree Star and affiliated products. We hope that this will conclude in the coming weeks. As we look to the future, we will continue to share updates on what lies ahead for the Morphe brand," the firm tweeted Friday. Some influencers publicly complained about Morphe's ties with Jeffree, which is why the brand has finally decided to cut the relationship with the youtuber.

The youtuber caused some confusion after saying that he had invested in the company, however, Morphe ruled on the matter, denying that Jeffree had invested or had any kind of participation in his capital. The firm only acted as a distributor of its makeup products.

Jeffree Star has been accused of expressing racist attitudes, in addition to other scandals that he has starred in, such as the discovery of an old website of his in which he shared self-harm content, a practice he carried out in his adolescence, as well as a photo in which he appears together with the confederate flag, linked to white supremacism. The businessman spoke about all this on June 18.

Today I gave a training to International Sign Language teachers about how to develop and rate assessment related to… https://t.co/NCa34Enaae

BLACK YOUTUBER ACCUSES HIM OF TAKE ADVANTAGE OF HIM

Specifically, regarding the disgusting self-harm photo in which he appeared bleeding, he assured: “I ask anyone who has published or shared the image of me cutting myself to please stop. I let someone photograph me when I was very young, and I regret doing extreme things that I considered "art" at the time, and seeing it every morning when I turn on my phone has been very provocative and hard to process. Self mutilation was something I was addicted to as a teenager and it has always haunted me. I hope that as human beings, anyone can see why seeing those images over and over again is not healthy," Jeffree explained.

As if that were not enough, one of the latest controversies suggests that Jeffree allegedly took advantage of a black beauty youtuber. The affected, Kameron Lester, assures that Star used him as the "symbolic black child", faking a friendship in his employment relationship for his own benefit. The famous youtuber Tati Westbrook is also a name to be noted, as she accused Jeffree and Shane Dawson of instigating her to publish a video with the aim of ending the career of her competition: fellow beauty youtuber James Charles.

JEFFREE STAR, ON THE VERGE OF 'CANCELLATION'?

As is happening with other stars of the YouTube constellation, both in the US and in the rest of the world, users have denounced several acts in Jeffree's past, supposed reasons for canceling him. However, and given that the influencer has apologized for his mistakes, many think that, in his case, the 'cancel culture' is going too far. Many of his followers support him and ask that he be allowed to continue.

However, his friendly relations with youtubers like Shane Dawson make his journey through the media storm more difficult, since parts of his circle like Dawson have already been, in fact, harshly canceled and victims of even greater scandals. Star has had no activity on Twitter since June 25. On YouTube, the last video of her dates from June 21, so many wonder why the makeup expert has disappeared.