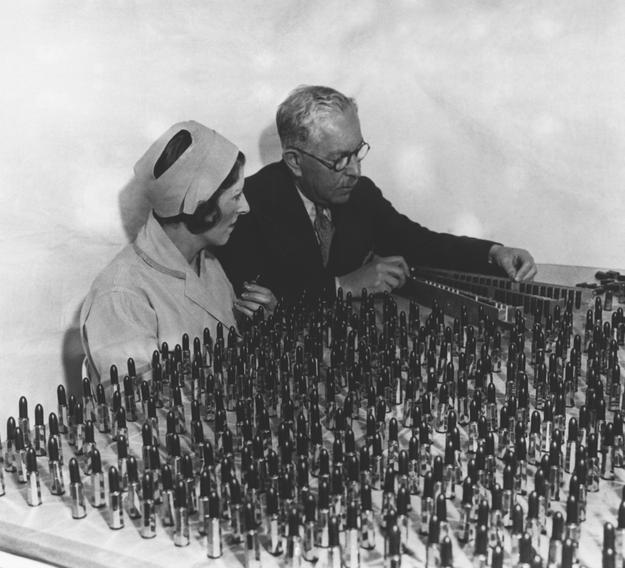 Once the first year of pandemic, the cosmetics sector closes a complex stage, learning, rethinking and reorienting its focus to adapt to consumer demand.

The health crisis has cost 10% in income to the perfume and cosmetics sector, which closes 2020 in 7.761 million euros, according to the data of the National Perfumery and Cosmetics Association (Stanpa).Despite that, Spain remains the fifth largest European market, with an average expense per person of 154 euros per year.

This complicated year for the business has forced rapid changes, pushing companies to make agile decisions so as not to fall into oblivion and save the fiscal year.Some got it;Others, no.But for most the key to this business in the business has been the new consumer needs.It was he who marked the guidelines to be followed in sectors such as beauty, where the use of the mask, the daily tax complement, and a strict confinement for several months, made realities so far, such as the constant sale of bars of bars oflips will stop making sense.

Given these changes in consumption, the question in companies was no longer what level of sale a product would reach - for fact that each of them had an exit - but how to sell in the framework of an anomalous and unprecedented situation.

More important than what was how.If there was an industry that a priori could be affected was the one that collects beauty and cosmetics, because, who was going to worry about makeup or care for the skin if the laws prohibited leaving home?

An erroneous thought considering that the first affected by the ravages of the permanent stay at home was the skin.Do not expose it to environmental changes and not have a good oxygenation of it, it made different conditions arise in different parts of the body but, above all, in the face.

Thus, according to data provided by a Captify study, global leader of Search Intelligence, carried out during the pandemic to the searches of consumers on the Internet, facial treatment searches were fired significantly during the first months of the alarm state.According to this study, the interest in finding products that improve the appearance of the skin led to the user to increase their search for beauty marks, moving from three references to nine during confinement.

The results give as relevant the interest on masks and treatments (68%), followed by moisturizing creams (37%), oils (31%) and serums (9%).To this was added the increase in interest in how to make beauty treatments in an homemade way and how to make masks, raising searches by 415%.A learning that once acquired has been installed in the customs of consumers and now.

Cosmetics has always had a clear winner in sales: lipsticks and their inseparable lips bars.A duo that have always gone one behind the other.

If the fever of the lip profilers is located in the 1990s and under the aesthetic tendency of striking makeup to highlight the lower part of the face, that of the eyelashes has had its highest point with the arrival of the pandemic.

Wearing a mask has left almost no makeup from half the face down, however, it has increased eye makeup sales.The consumption of eye shadows shot at more than 52% during confinement.The figures show a clear trend: while interest in lipsticks were lost (whose sales have fallen by 8%), the taste for the mascara (which has increased its sales by 62%) increased, showing how women adapted theirstyle to the demands of the new normality.

In the words of Blanca Gallego and Ruth Castellote, Marketing, Communication and Public Relations Manager and Experience Training Manager, respectively, of Kiko Milano, also highlight a clear commitment to the products related to the eyes: eyelashes, eye shadows, profilers andDelineate."The eyelashes is the star.It is never enough and now more than ever it is necessary to enhance the look, ”they say.

Traditional makeup has also undergone changes in this first year of pandemic.The bet now is to find the base that most endures the rubbing of the mask and does not distort the final effect of a good makeup face.Gallego and Castellote point out that "on the one hand, the trick is to use a makeup base that does not transfer, but seal the base with dust and finish the process with a fixer".

Dior, which is positioned as a number two brand in the luxury cosmetics behind Chanel and ahead of Nars, has become the most searching for the Internet during the months of greater restrictions.This is due to the success of their massewers and their mask preba, which have registered exceptional progression compared to previous years.And although the mask does not let the lips as much as I would like, Dior remains number one signature in the sale of lip balms.

Other luxury firms that have something to say is Givenchy.According to Forbes Alejandra da Cunha, its communication director, the firm has observed "as the Spanish consumer buys less lipsticks and more complexion centered inmate" products ".“Although Le Rouge is still one of our top products, we see that prisme free and teint couture (loose powder and makeup base) shortmakeup habits, ”he adds.

After a 2020 with changes of direction so marked in an industry covered in Bestsellers products, both in interest and consumption by tradition, the current year maintains the trends acquired in cosmetics during the months of alarm status and continues to trust the products thatThey bet on a careful and attractive look.An inertia that will remain until the arrival of the effect of the 20s, which will begin finals of this 2021 and the beginning of the next, when the end of the pandemic is expected to give way to an excess of habits in all sectors.