Woman The cosmetics store that does not sell makeup: its covert help to battered women 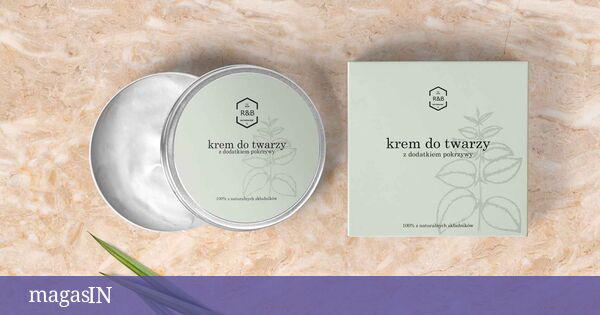 Although Krystyna Paszko has an online cosmetics store, she does not wear makeup. And many of the women who have used her website, either. Despite this, the page "Rumianki i bratki" ("chamomile and pansies" in Polish) has helped hundreds of Polish women feel better when they look in the mirror. 18-year-old Polish student Krystyna Paszko's ingenious idea to create a store with the appearance of a cosmetics store through which victims of domestic violence can ask for help without alerting their abusers has just won a Union award European.

Every time someone completes an order on the "Rumianki i bratki" Facebook shop and provides its address, the police, support services or a psychologist's office (depending on what the victim requests) are notified. The "client" receives confirmation of her order and, from there, communication between her and the team behind the web is established and maintained.

Explaining how it works, Paszko says in an interview, "If someone asks for advice on what cosmetics are right for her, it means she's in trouble, but for now she just wants support." If the case requires it, the "Rumianki i bratki" staff establishes direct contact with the person, using coded language (with phrases such as: "Please write something else on your skin") to avoid detection. If someone orders home delivery, it is a sign that their situation is serious and the police should be called.

Krystina Paszko, creator of the web.

The European Social and Economic Committee has awarded the idea with 10,000 euros for being an "extraordinary example of solidarity in times of Covid-19" and offering "inspiration" for similar initiatives. In addition to pointing out that during the past year -and especially during periods of confinement- "Chamomile and thoughts" has helped some 350 women, Paszko took the opportunity to thank all the professionals who helped him start his project, from psychologists to lawyers, in his speech upon receiving the award. This women's support website was one of the 23 winners among the 250 applications submitted from 21 countries.

"I can't imagine my life without helping others. My whole life is focused on helping others," says the young woman. Apart from starting and running the "store", Krystyna spends her time with a student group against climate change and is a member of the "Związek Harcerstwa Polskiego", similar to boy scouts.

Krystyna says that the idea came from learning about a similar system used in France. There, women who need help in a situation of domestic violence can go to a pharmacy and ask for "number 19 masks", which means that they are victims of abuse and need help. The young Polish thought to replicate that idea in a way that would be accessible to everyone, even minors, and for this reason she decided that she should take advantage of something as common as internet purchases through mobile or computer. Domestic abuse often includes surveillance of personal contacts and communications, e-mail snooping, and even forced confinement at home. Visiting a natural cosmetics store is something that usually goes unnoticed.

"I did it thinking about helping my friends and neighbors, but when the website had more than a thousand contacts, I realized that I was helping many more people," she says. In the lockdown periods of the past year, Krystyna saw requests for help skyrocket. Cases have ranged from legal advice on whether ex-partners should be allowed to contact children without respecting quarantine or security, to psychological violence, physical assault or threats, and expulsion from the family home.

In Poland, where domestic violence is traditionally considered a private matter and usually occurs in dysfunctional families, the case of a prominent politician from the ruling party, the ultra-conservative PiS, who mistreated his wife for years was notorious. . Karolina, Rafał Piasecki's wife, had to resort to uploading videos to YouTube to prove the harassment her husband subjected her to, and that she had reported to the police years before without getting help. From the outside, the couple was considered a model, and Piasecki claimed to have been "educated in Christian values ​​and respect for the traditional role of women."

Two years later, Piasecki was sentenced to two years in prison and banned from coming within 50 meters of Karolina for five years. However, although this case received a great deal of media attention, it is not unique. Even some MPs, such as Łukasz Zbonikowski and Waldemar Bonkowski have been accused of mistreatment by their wives in recent years.

When it came to power in 2015, the PiS cut aid to NGOs dealing with women victims of sexist violence, claiming that their service was discriminatory in providing aid only to women. And in July last year, the Polish government decided, adopting a position advocated by the Polish Church, to withdraw the country from the Istanbul Convention. This group combats violence against women, but is considered by the Polish government to "promote LGBT ideology." One of the functions of the Convention is to agree on common legal definitions for crimes such as rape, so that the jurisprudence of the member countries considers certain actions with the same seriousness. In Poland, in November last year, a man was acquitted of raping his 14-year-old daughter because, according to the judge, "the victim did not resist."

63% of Poles claim to have suffered some form of domestic violence according to a report commissioned by the current government, but never officially published. Its content was made known thanks to a press leak. According to a report by the Commission of the European Agency for Human Rights published last year, the European countries with the highest percentage of cases of violence against women are Denmark (53% have suffered it), Finland (47%) and Sweden. (46%); the least: Poland (19% of women have been abused at some time), Austria (20%) and Croatia (21%), although these data refer to reported cases.

The page of the young Krystyna Paszko greets her visitors with a message whose double meaning goes unnoticed by everyone except those who need it most: "In case of problem, contact us in a private message. Take care!"