Casa de Campo, the great lung of Madrid and its emblematic lake 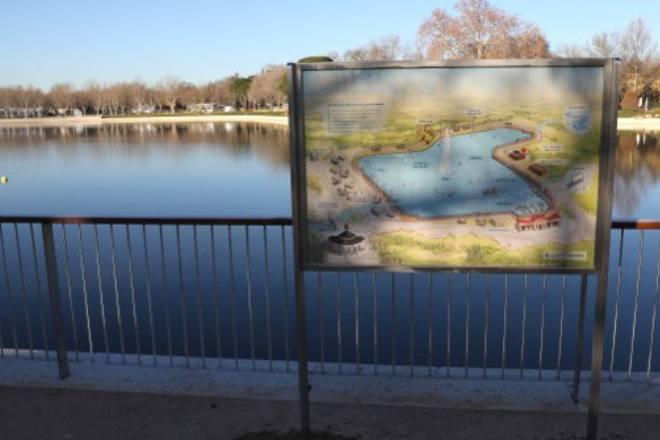 The Casa de Campo is characterized by its large artificial lake and its different enclosures, such as the Zoo Aquarium or the Madrid Cable Car

Did you know that the Casa de Campo is the largest public park in Madrid? This impressive complex, which is located on Paseo de Puerta del Ángel 1, and which consists of more than 1,700 hectares, stands out for its ecological, landscape and historical value. In fact, in 2010, it was declared an Asset of Cultural Interest, in the category of Historic Site.

In its bowels, walkers find significant archaeological remains. A clear example is the Casa de Campo wall, which was restored in the section between the Antequina and Portugués streams, in order to stop its deterioration and guarantee its conservation.

Along its walks and paths, a variety of plant species and ecosystems also proliferate which, in turn, facilitate the presence of a great biodiversity of birds and other animals. All this is accompanied by old bridges and fountains that make this natural area a unique place.

Boat rides on the artificial lake of Casa de Campo

Without a doubt, another of the jewels of the Casa de Campo is its large artificial lake, whose origins date back to the mandate of King Felipe II, in the 16th century. At present and after being reformed, the lake occupies an area of ​​more than 80,000 square meters.

In addition to its purely ornamental use, this pond is used for water sports, such as canoeing or kayaking, and for recreational purposes. At its pier, passers-by can rent one of the rowing boats for hours and take a ride on the lake.

Nearby is the Manuel Ortego Entomological Center, which houses one of the most important collections of beetles and butterflies in Spain. It consists of some 15,000 copies, spread over 186 boxes, which the Manuel Ortego Gamboa family donated to the Madrid City Council.

You can now join our new Telegram channel and our Whatsapp group, to receive the news we publish every day at the moment. Join by clicking on the links!

Likewise, the Casa de Campo municipal nursery is of interest. This riverside area, with an area of ​​around 17 hectares, is close to the Príncipe Pío station. In it, trees, shrubs, conifers and woody trees are grown.

The Casa de Campo is also characterized by its renowned independently managed venues. Some of the most important are the following:

Similarly, it is worth mentioning, on the one hand, the Venta del Batán, a traditional place of confinement of the bulls in the days prior to their fight in the Plaza de Toros de Las Ventas. At the end of the year, the president of the Community of Madrid, Isabel Díaz Ayuso, and the mayor of Madrid, José Luis Martínez-Almeida, announced the reopening of the Venta del Batán.

After walking, playing sports or getting to know the different spaces that give life to this public park, visitors can have a drink in the beach bars that surround the lake, very popular with locals and tourists. There are multiple kiosks and nearby there are some swings where the little ones can have fun.

And now… a bit of history

Next to the right bank of the Manzanares, the Casa de los Vargas was built in 1519, by order of Francisco de Vargas y Medina, royal adviser to Carlos V and member of a powerful family of landowners. The author of this recreational estate was the master Antonio de Madrid, who also worked on the Royal Alcázar.

In this villa, similar to those of Italian origin, Emperor Charles V stayed for rest and enjoyment. This could have led his son Philip II to notice the property, which he ended up buying when, as King of Spain, he moved the court from Toledo to Madrid in 1561.

His objective was simple: to expand the extensions of the Alcázar, in order to create a hunting space for the crown. For this, he acquired other bordering plots until reaching the desired extension. After the purchase, Philip II commissioned the architect Juan Bautista de Toledo to refurbish the Casa de los Vargas as a royal site.

The Casa de Campo suffered a terrible fire in 1878, the result of a strong drought

But not all was glory. During the reign of Philip IV, interest in the Casa de Campo declined in favor of the Buen Retiro, although it regained its preponderance with the arrival of the Bourbons in 1700. As a curious fact, the infante don Fernando, son of the King Felipe V de Borbón, carried out, possibly, the largest extension of Casa de Campo, by acquiring more than a thousand hectares.

Later, in 1878, a terrible fire, as a result of one of the worst droughts of the 19th century in Spain, destroyed 900 fanegas of land and 1,013 trees. The years continued to pass and, with the arrival of the Second Republic, the assets of the crown became part of the National Heritage.

In this way, Casa de Campo was ceded to the Madrid City Council for the enjoyment of all Madrid residents, although it was a victim of the ravages of the Civil War. After this war, the park began to be rebuilt, with the installation of a whole series of new enclosures. Currently, it can be visited all year round. However, the entrances to the Zoo, the Amusement Park and the lake are closed from 1 a.m. to 6 a.m.

How to get to Casa de Campo: