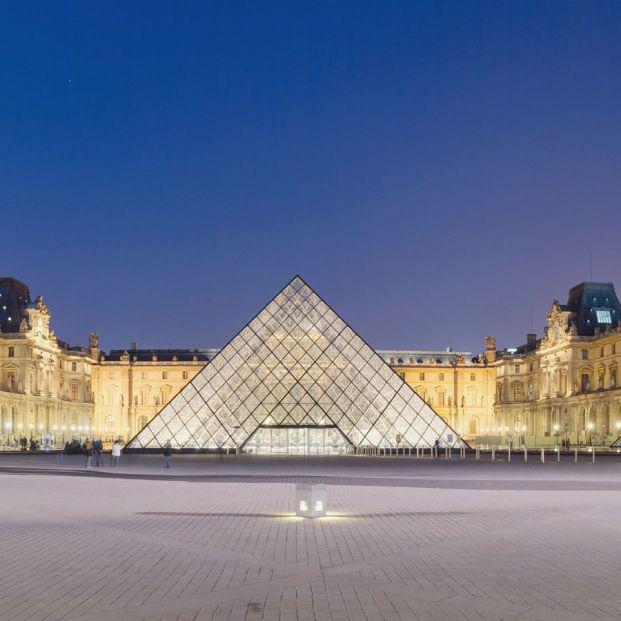 Virtual guided tours of the Prado, the Louvre, the British, the Vatican Museums, the MoMA...

There is no choice but to stay home. It is about exercising responsibility. The hashtag "#YoMeQuedoEnCasa" is not just a slogan that is sweeping social networks, it is essential to spread the real importance of the citizen message that calls for combating the expansion of the coronavirus epidemic in this way. And if we are to be responsible, sensible and supportive by staying at home, why not visit museums without moving from the sofa? There are many that can be visited virtually and these days are an excellent opportunity to do so. We invite you to visit 10 spectacular museums in the world.

The Prado National Museum is one of the most important and visited on the planet. As the great Hispanist Jonathan Brown asserts, "few would dare to doubt that it is the most important museum in the world for European painting." Almost 8,000 paintings and many other valuable art objects are housed in this Madrid museum, which celebrated its bicentennial last year. The best of artists such as Velazquez, El Greco, Goya, Titian, Rubens, Bosch, Murillo, Ribera, Fra Angelico, Rafael, Veronese, Tintoreto, Van Dyck... meet there.

This palace, built in 1581, and the proud museum of Florence, brings together the best collection of Florentine masterpieces from all over the world. In the 17th century, after the extinction of the all-powerful Medici dynasty, its art collections risked ending up in Vienna, on which the Duchy of Florence then depended, but the last Duchess, Ana María, avoided this by donating the works in her will to the town of Florence and in 1765 the Gallery, one of the first modern museums in the world, officially opened its doors. Its venerable walls house masterpieces by artists such as Leonardo da Vinci, Michelangelo, Titian, Caravaggio, Giotto, Piero della Francesca, Sandro Botticelli, Filippo Lippi...

Explore the collection of the Uffizi Gallery

The National Museum of France, which opened in 1793, is devoted to pre-Impressionist art, from fine art to archeology and decorative arts. Its incredible collections are the result of the desire for collecting during centuries of the French monarchy, but also of the disentailment work carried out by the French Revolution as well as the military victories of the Napoleonic army and the purchases promoted by the institution since the 19th century. . Its catalog is, therefore, practically incomprehensible.

How to Pass the California State Bar Exam Without Law School: https://t.co/fWVv4k6ONp via @YouTube

The Vatican Museums are made up of both the galleries and the set of rooms of artistic value accessible to the public in Vatican City. In them you can admire the extensive collection of the Church that began to form in 1503 during the papacy of Julius II who donated his own private collection that other popes increased over the centuries. The set of museums is made up of thematic museums, pontifical buildings, galleries, monuments, gardens and the famous Vatican Library, considered one of the best in the world.

Explore the collection of the Vatican Museums here

The British Museum , undoubtedly one of the most important and visited in the world. It houses collections that cover various fields of human knowledge, from history, archaeology, ethnography and art. It was one of the first institutions of its kind in Europe and it houses more than eight million objects from all the continents, although many of them are stored due to lack of space, and it also has the British Library which, although today it has its own headquarters It was part of the Museum until 1973, as was the Natural History Museum, which changed to its own headquarters in 1963.

The New York Museum of Modern Art, more popularly known by its acronym MoMA, was founded in 1929 by three millionaire philanthropists to "help people understand, use, and enjoy the visual arts of our time." Since then it has been growing until last year 2019 concluded its, for the moment, last extension. Such fundamental pieces of art as Van Gogh's Starry Night, Piet Mondrian's Broadway Boogie-Woogie, Pablo Picasso's Les Demoiselles d'Avignon, Salvador Dalí's The Persistence of Memory or a large part of the work of North American artists such as Jackson Pollock, Andy Warhol or Edward Hopper.

More popularly known simply as New York Guggenheim, in the heart of its Fifth Avenue and is the permanent home of the famous Guggenheim collection of impressionist, post-impressionist, early modern art and contemporary art. Founded by magnate Solomon R. Guggenheim himself in 1939, although it was initially called the 'Museum of Abstract Painting', the wonderful building that houses the work of Joan Miró, Paul Klee, Alexander Calder, Vasily Kandinsky, Piet Mondrian… was built by the famous architect Frank Lloyd Wright.

The Hermitage Museum in Saint Petersburg is one of the largest museums in the world and in the largest art galleries and antique museums on the planet. His collection occupies a complex of six buildings on the banks of the Nieva River, the main one being the former official residence of the Russian tsars, the Winter Palace. Among the remaining buildings are the Menshikov Palace, the General Staff building and an open storage compound. The museum was formed with the collection that the tsars and Russian royalty had accumulated over the centuries and that in 1917, with the triumph of the Bolshevik revolution, was declared a State Museum in what was then Leningrad. Its collection has more than three million pieces ranging from Greek and Roman antiquities to the art of Eastern and Western Europe, archaeology, Russian art, jewellery, weapons...

The Rijksmuseum, or National Museum, in Amsterdam is dedicated to art, crafts and history and within its walls houses the most famous collection of paintings from the Dutch Golden Age as well as a rich collection of Asian and Egyptian art. It houses significant works by all the great Dutch masters from the 15th to 17th centuries such as Jan Vermeer, Nicolaes Maes, Peter Paul Rubens, Lucas van Leyden... as well as works by Goya, Van Gogh, Mondrian, Karel Appel... But Without a doubt, the main jewel of the institution are, in addition to its engravings, the 22 Rembrandt paintings that it houses, among which are some that are as essential as The Night Watch, The Jewish Bride, The Tree of Jesse, The Death of the innocent...

When one deepens in the knowledge of Frida Kahlo's work and has the privilege of knowing her home, the intense relationship that exists between Frida, her work and her house is discovered. Her creative universe is in the Blue House, the place where she was born and died. Although she lived in different places in Mexico City and abroad when she married Diego Rivera, Frida always returned to her house in Coyoacán, the place where her personal belongings reveal the intimate universe of the most renowned Latin American artist. Worldwide. In this house are some of the important works of the artist: Viva la Vida, Frida y la cesarea, Portrait of my father Wilhem Kahlo...

Antonio Castillejo is a lawyer and journalist. He began his professional career at the Fax Press Agency then directed by its founder, Manu Leguineche, where he remained until his disappearance in 2009. Specialized in cultural and travel information, since then he has worked in numerous media outlets. press, radio and television. He currently hangs out with the elders at 65Ymás since his birth.

… know more about the author