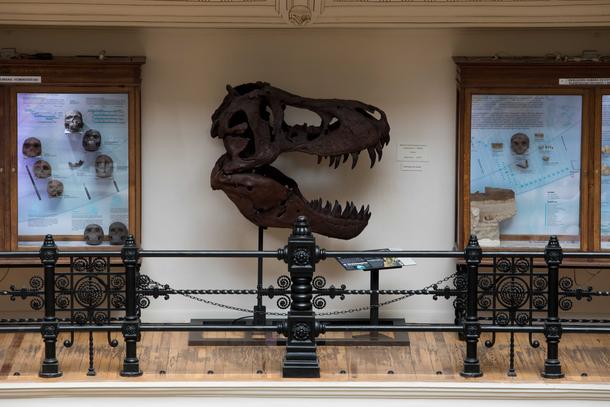 "Amber are a window to another time," Barrón explains in the nineteenth -century units of the IGME, in the Madrid street of Ríos Rosas.They are like those time capsules that children bury.Studying the chemical composition of amber we can know the identity of the plants that emitted the resin, but also those of insects or pollen grains that have been trapped forever and those of the environment in which they lived.

The aforementioned gluttonic beetle is coated with an angiosperm plant (with flowers and fruits), in other pieces other insects have been found that carry gymnosperma pollen (plants with naked seeds, such as conifers).And the key is in pollen: "It is an important finding because it indicates that, at that time, in the Cretaceous, it was when angiosperms began to predominate against gymnosperms," Barrón explains in his office while looking for his microscope,"It is a transit moment, a revolution of ecosystems".That important change in nature, the victory of flowers, when insects begin to frequent plants such as water lies, was photographed inside the amber piece found in Myanmar.

Another of the discoveries made by the IGME scientists, in collaboration with other institutions, is that of an unknown type of tick that parasitized feathered dinosaurs, the oldest of which we have registration."We were examining a piece of amber from the El Soplao site, in Cantabria, and we detected it," says Peñalver, "we found it strange, because such an old ticks were not known".But there it was.For some reason that family of ticks disappeared with dinosaurs and adapted us to other vertebrate groups.It is the oldest tick in the world, the "great -great grandmother" of the ticks.And also Spanish.

In addition to its scientific, amber, translucent and yellowish.It is a scarce substance, which is only found in places such as the Baltic said, Mexico, Dominican Republic, Myanmar or Spain, because neither all plants produce resin, nor did the conditions for the formation of Amber always occur.

The amber of each geographical zone has a different age.The Spanish is about 105 million years old, top year, downstairs.Recently deposits have been found in Australia, with the participation of IGME scientists, which opens a new window to investigate the remote times."Many deposits are by chance, when a road is built, for example, and the excavators give them," says Peñalver.If you find amber or fossils out there, who knows that they are not yours: they are state heritage, they are everyone.

For its beauty and shortage the amber has been valuable.The Amber Chamber, in the Palace of Catalina, in St. Petersburg, was a luxurious room covered with this material that was looted by the Nazis in World War II;Today that amber is in an unknown whereabouts.But its history is older: "In certain Asturian caves of the Paleolithic, amber accounts have been found," says Barrón, "later, from the Roman era, they were found in Albacete dolls carved in Baltic amber [you can see in the museumProvincial of Albacete], indicating that there was already trade with this material ”.

The fragility of DNA

The image of the amber stone with the insect inside features us without remedy to the Jurassic Park (Steven Spielberg, 1993), where DNA DNA was extracted from the blood of the blood absorbed by a mosquito trapped in amber.And from there all kinds of dinosaurs were recreated to set up a theme park.“It can be disappointing, but the reality is that the DNA molecule is too large and fragile to keep so long.So we couldn't recreate dinosaurs, ”explains Peñalver.

Not even in frozen mammoths in Siberia you can find intact DNA.In fact, a group of Japanese researchers has tried to clone a mammoth of the ice age (10 ago.000 years) pretending to combine this reconstructed DNA with current elephant ovules, without success."In addition, it is a controversial ethical option: we are the time we live.Almost better, because Jurassic Park ended fatal.

Gems, meteorites and a mastodon

The Geological and Mining Institute of Spain was founded in Isabel II's time for the creation of the country's first geological map, in times when mining began to be a primary activity and industrialization advanced with coal.The current headquarters just built in the 40s of the last century.The institution now concentrates state geological research in areas such as cartography, hydrogeology, mineral resources or geological risk.One of its most famous parts is the imposing geomineer museum that preserves the nineteenth.There, in addition to all types of fossils, gems, meteorites and minerals exposed in innumerable showcases, the remains of a mastodon found in the Higueruelas, Ciudad Real, and dated in the Pliocene, have between 3 and 5 million years ago.