Cannabis medicine: between health and aesthetics 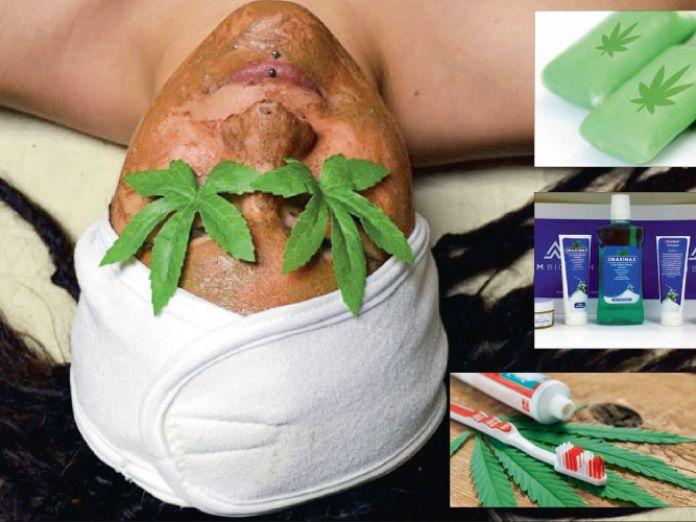 In 1963 the Israeli biochemist Raphael Mechoulam isolated the chemical structure of cannabidiol, one of the components of marijuana. A decade later, the first pharmacological action of the compound, which combats epileptic seizures, was discovered. Now a wave of applications is added within the field of beauty and well-being. At the last meeting of the American Academy of Dermatology, held in the city of San Diego (United States), cannabidiol (CBD, one of the two most important components of the cannabis plant, which has a total of 113) was pointed out as the strongest trend for skin care. The variety of products available in American store windows is wide and includes creams with moisturizing, anti-aging and anti-acne effects, shampoo, makeup and pet biscuits.

The research company Brightfield Group estimates that the current value of this market is around 170 million dollars but that it will expand to one billion greenbacks by the year 2021.

Despite being a substance known for at least fifty years in the scientific world, cannabidiol has a controversial history within medicine. The reason is obvious: its origin, which is Cannabis sativa, the marijuana plant. CBD is found especially in the stem and flowers of the plant. It is not psychoactive, so it does not produce alterations at the mental level, it does not alter reasoning ability, it does not cause cognitive or memory loss. Nor does it cause dependency, as THC (tetrahydrocannabinol, the other great compound of the plant, and its main psychoactive constituent) can do.

(Also read: Valentina Bassi claims for the legalization of self-cultivation of medicinal Cannabis)

Meanwhile, confusion between the action of the two substances is quite common, even among doctors.

Why. The properties of cannabidiol for aesthetic purposes are at least five times lower than those of medications used to treat epileptic seizures. In addition to that, and in relation to drugs, absorption by the body is less due to the fact that it is mixed with other components of cosmetics. Do the products deliver what they promise Apparently yes.

"Human beings have cannabidiol receptors throughout the body, and the benefits of the substance are independent of the dose," says Brazilian neuro-oncologist Paula Dall'Stella, a specialist in medical cannabis.

(Also read: Jujuy cannabis: between health and the economy)

A study recently published by the United States National Institutes of Health (NIH) found that minimal doses of cannabidiol manage to regulate the production of fat and the body's sebaceous glands, which gives them an anti-acne property. It is also an antioxidant, which helps in the fight against skin aging, and an analgesic, which allows the areas where the creams are placed to relax.

There are studies that for a decade have documented the positive action of cannabinoids and their receptors for the treatment of disorders as varied as acne, seborrhea, eczema, psoriasis and skin aging, says dermatologist Jeanette Jacknin, a specialist in cosmetic treatments based on natural products. And she goes further: “There are great expectations for the coming years, in terms of cannabinoid therapies being able to control these chronic skin problems and generally improve the beauty and appearance of the skin, maintaining a youthful appearance. ”.

Looking forward to hearing from young people on how to overcome barriers to learning! #celcis2014

Oils and potions. Thus, a hemp seed oil is being tested for cases of skin eczema, and the authors claim that both typical skin dryness and itchiness are reduced after using the oil for at least twenty weeks. This is because the seeds increase the levels of fatty acids in the epidermis. Another possible explanation for the effects (which according to some studies reduce itching by more than 84%) is that cannabinoids are effective in relieving pain, and that itching and pain share similar trigger mechanisms.

They have been presented, including studies linking acne, seborrhea and cannabis. In 2015, a clinical investigation showed that after applying a cream enriched with 3% cannabis twice a day for twelve days, the amount of fat and erythema (redness) of the skin where the cream was applied decreased. Summary: both acne and seborrhea could be treated with this 3% cannabis cream.

What are the mechanisms underlying these effects? Without going into too many technical descriptions, CBD inhibits the lipogenic (fat-producing) action of several compounds, suppresses the proliferation of sebocytes (one of the fundamental components of the sebaceous gland) and has a strong anti-inflammatory action. "Cannabinoids produce lipids that regulate acne vulgaris, seborrhea and dry skin," summarizes the journal of the Federation of American Societies for Experimental Biology (FASEB).

(Also read: Latest studies of Cannabis as a medicine)

Less aesthetic. Psoriasis is a common skin disorder characterized by hyperproliferation of keratinocytes, which are the most numerous cells in the epidermis and hair follicle. Keratinocytes are responsible for synthesizing the keratin protein in the stratum corneum and in the pillar shaft. They are born at the base of the epidermis and, by dividing, they multiply.

“Although the exact pathophysiology of psoriasis is not yet fully understood, the immune system and its interaction with the nervous system have been postulated and investigated as the underlying mechanism. The interaction between these two systems through the cholinergic anti-inflammatory pathway and also the endocannabinoid system may suggest that cannabinoids are a possible addition to the anti-psoriatic armamentarium”, assures a scientific paper published in 2016 by Nima Derakhshan and a team of researchers, that analyzed other studies already published in different publications and from various laboratories around the world.

Already in 2005, the Iranian Nastaran Namazi had proposed a treatment that contemplated the use of cannabinoids for the treatment of the disease, based on the thesis that the system that produces and regulates them is important in regulating the life of cells of the skin.

The hypothesis being investigated and tested is that CBD-containing oils and balms are capable of reducing inflammation and slowing the growth of skin cells. The company AXIM Biotechnologies is in phase 2 clinical trials of a cream containing several cannabinoid compounds to treat both psoriasis and atopic dermatitis. If the results are successful, the company will register the product under the name Renecann.

But in addition to creams for dermatological use, AXIM also includes purely medicinal products, such as MedChew Rx chewing gum, a combination of cannabidiol (CBD) and tetrahydrocannabinol (THC) gum that is entering the clinical trial stage to verify its performance for the treatment of pain and spasticity in patients with multiple sclerosis. Another example is MedChew Dronabinol, for appetite loss in people with AIDS, and even nausea and vomiting in people undergoing cancer chemotherapy. If even the care of the teeth has its marijuana version in the starting line.

To develop these products and clinical testing (among others) the company announced towards the end of 2018 that it will be collaborating with the Australian firm Impression Healthcare to study and eventually launch a number of health care products, all based on cannabis. And these two are not the only ones, now that the liberalization or decriminalization of medicinal cannabis use is advancing in much of the planet.

Meanwhile, cannabis-based spas, offering massages, acupuncture, “medicine shakes,” and naturopathic consultations, have begun to flourish in both the United States and Canada. Between pharmaceutical laboratories and companies that see a succulent streak, only the silhouette of the ancient cannabis plant remains.