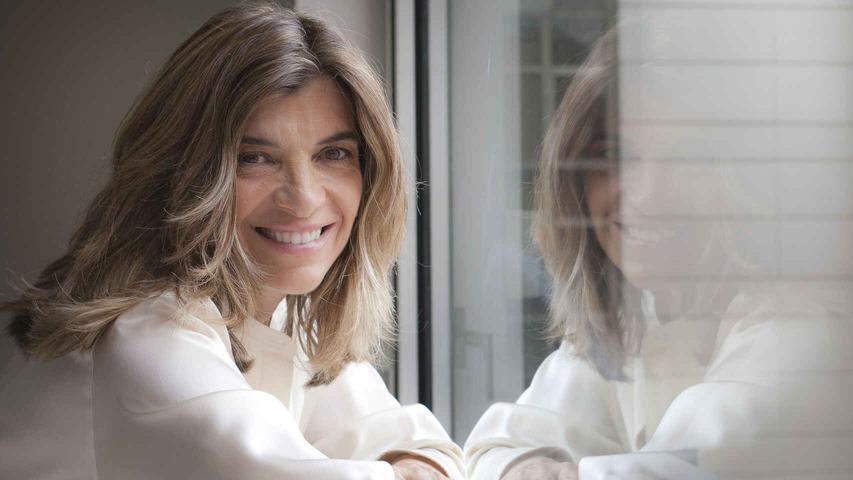 The main Spanish association of luxury sector brands turns ten years old, and to commemorate it, Circle Fortuny has launched "The Voices of Excellence", an audiovisual production in Masterclass format, taught by senior managers of some of the great Spanish companies, leaders in the high -end sector.

In the words of Xandra Falcó, "it is a very ambitious project that will show the gears behind the great Spanish brands to achieve excellence; how they work, what values they move and what legacy they want to leave the next generations.These brands have wanted to put their 'voice' giving us some of the keys to the times that are characterized by digitalization in all the processes of the company, sustainability as a lever of constant change and the recovery and protection of trades that formpart of our cultural heritage ".

The president of Círculo Fortuny since 2020 says that "the high range has experienced a true revolution in these years, and Fortuny Circle has contributed greatly to giving visibility to the importance of the sector, which represents 4% of European GDP and 10% of the exports.We do not get tired of repeating that Europe represents 72% of the world luxury, that is, when an American or an Asian are thinking of excellence, they think of Europe ".

Rosa Tous in the recording of the master class.

With the pandemic, the high-end consumer has changed, and this transformation is evident in the e-commerce."If in 2012 online sales did not reach 4% of the total income of the sector, in 2021 they have touched 25%, almost one in four purchases.The new generations, digital native, seek excellence online.This channel influences both online and physical sales, because it makes the customer physically go to stores with a clear idea that he wants before making his purchases.That is why the so -called phygital reality is increasingly opened: the combination of online and physical experience, "says Falcó.

And he adds that "excellence beyond a tangible and durable good, we see that it covers a range of activities that were previously unimaginable: a master's degree or MBA can be a formation of excellence; a visit to a historical heritage, also; the wellness orPersonal care is considered a luxury, since it allows people to disconnect and achieve a balance between the body and mind.Not for nothing, the second pillar of circle is high -end tourism ".

Presentation Project The Voices of Excellence

On the new clients, the association has focused on Asian tourism, "the most important client of the last decade in Spain.Chinese nationality tourists represent four out of ten euros in the high range.It is true that the pandemic has made this nationality more inbred and make a more internal consumption, but we are faced with another opportunity: the tourists of Southeast Asia and the Persian Gulf, which only represent 11% and 9% of visitorsExtracomunitarios in Spain, while in the rest of Europe they are around 15%, "concludes the president of Circle Fortuny.

The videos, which can be seen on the Fortuny Circle website, value the knowledge, experience and work of these companies in different business fields.

Marks such as Carolina Herrera, IESE, Natura Bissé, Osborne, Puig or Tous, expose their success cases, both in the domestic and international market, as a source of inspiration and sample of the excellence of the sector.

An online initiative with the dissemination strategy that Fortuny Circle is underway, whose axes of action focus on sustainability, digitalization, high -impact tourism and high crafts.

Among the success cases that can be seen in “The Voices of Excellence” highlights Puig, a company specialized in beauty and fashion, which is using all technological innovation at its disposal to offer an olfactory experience to the consumer, both in store and inon-line.Something unpublished so far, and that addresses in its first master class, thus marking the path of the future of this industry.Specifically, the company has installed devices that allow the client to select their olfactory tastes, so that it can create its own perfume, customizing the experience.

Asimismo, desde la división Beauty & Fashion de Puig abordan la transformación digital en su marca Carolina Herrera en una segunda producción.An aspect that the pandemic has accelerated making it live in a phygital context, which unites the best of the online and offline to give a unique experience to the consumer.The brand has improved its website during the last year, to offer a high -end shopping experience in the digital environment.

Natura Bissé on the other hand, focuses its content on its internationalization process on a market as competitive as Chinese and where the care and beauty of the skin are closely related to social status.To be among the main beauty firms of the Asian market, a groundbreaking strategy has carried out.

In addition, in a second masterclass, Natura Bissé also addresses its digital expansion, key to penetrating this market.

Tous, as a centennial jewelry company in full transformation process, has digitized one of its most special projects: the Tous School of Jewelry and Artisan Crafts.By adapting its formation to a hybrid format, combining the face-to-face experience with online education, this socio-educational project preserves the trade of jewelry, and shows how these tasks are part of the excellence and culture of our country, and an areaFuture for many talented young people.

As for Osborne, the company founded in 1772 and which this year celebrates its 250 anniversary, value its commitment to sustainability and the value of the environment: all the products of this family firm have an animal or agricultural origin and are rooted inEarth, vineyard, rivers or pastures.A tradition aligned with the strategy displayed by the European Union during the Pandemic of the Farm to the table.

The series also includes a master class by José Luis Nueno, head of the attem attem of changes in the consumer behavior of the IESE Business School, in which he tells how the pandemic has changed the consumption and relationship of the brands with the clienthigh -end.

Finally, in this first phase of videos, which Fortuny Circle will broadof luxury and excellence, and how to create value in the current market.

All these testimonies represent an unprecedented exercise so far, and what Circle Fortuny has launched at a time of recovery of the high -end sector.

"The billing of the sector is already practically at the pre-pandemic levels, when registering the industry globally 1.1 billion euros of income in 2021, compared to the 1.2 billion 2019," concludes Xandra Falcó.