The vicissitudes of wearing a gluten -free diet in Japan 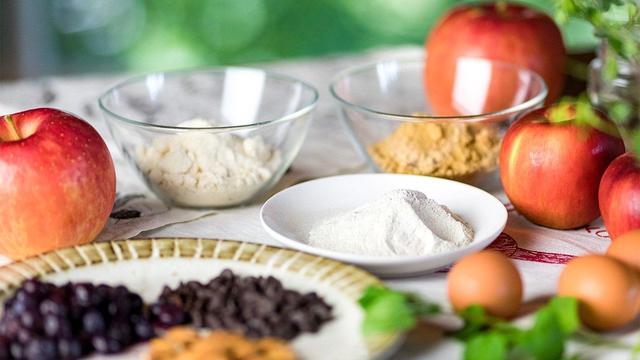 My arrival in Japan

Moving to Japan in 2001 had an impact on my health in a way that I had not imagined.I had developed a serious lactose intolerance in the late 1990s, while I was released in the United States;However, my digestive problems only worse after my arrival in Japanese lands.Be careful what ate did not help at all;Making the allergy tests did not get me out of doubt about what happened to me.

I was afraid to eat anything, since everything that took me to my mouth sat bad.In addition to my problems with food, I had several spontaneous abortions;Later I would discover that the malnutrition derived from gluten intolerance is one of its causes.Thanks to the Internet, which began to take off at that time, also knew about the existence of elimination diets, which consist of stopping consuming a possible allergen for several months, and I decided to try.

The second thing I tried to eliminate from my diet was wheat.I didn't need any more tests after.I stopped having digestive problems.On the other hand, I got a huge surprise: menstrual pains, which until then forced me to stay fetal for noon every month, became a slight back pain.

Unfortunately, at that time diseases such as gluten intolerance and celiacch were not widely recognized.The allergologist referred me to a specialist who told me that it was impossible for him to have wheat allergy, since it was something that little children suffered and they spent over time.Despite lacking a diagnosis, I was clear that there would be no problems while avoiding wheat, so I trusted my instincts.Consequently, skin rashes disappeared, my nails grew stronger and thicker and hair, more leafy.In addition, now I have a 16 -year -old daughter who is healthy.

However, from the saying to the fact there is a stretch.In Japan, with the labeling it was like playing the lottery.Luckily, although the country is still in diapers in terms of gluten -free food, it is now much easier to identify the products that are safe;Mostly, for the entry into force, in 2015, of a law on food labeling.In addition, for a few years, food allergies are increasingly taken into account and agricultural programs for the promotion of rice consumption have been designed.This, in turn, has translated into an increase in the number and variety of products made with rice flour, instead of wheat flour.However, carrying a gluten -free diet by optional prescription is still relatively difficult here, especially if Japanese is not read and spoken.

To all this, what is gluten?

Gluten is a protein complex that is obtained by mixing water with gliadin and glutened proteins, present in wheat flour.In addition to this cereal, we can find it in barley, rye and sometimes in oatmeal.This complex protein binds to itself and forms a regular and continuous network of thin strands;This allows wheat flour to remain united and, thus, catch the artisan air bubbles of the spongy texture of the bread.But there does not end the thing: gluten is extremely elastic and can absorb about twice the weight in water.These properties - water, stickiness and plasticity abraction - make it an element of incalculable value for the food industry.For example, in products such as butter and ice cream, it is possible to use it to increase quantity and soften texture.On the other hand, wheat flour is usually used in the freezing process of prepared foods containing rice;The objective is to prevent grains from agglutinating.It also acts as a binder and extender in the processing of meat products, and of dye and thickness of sauces.Gluten is present even in makeup and skin care products.The siropes sweetened siripes also contain it, but in Japan it does not appear on the labels.

Although gluten intolerance, celiacism and wheat allergy are different things, the main method of mitigating them is the same: not consuming products containing wheat.

Wheat allergy triggers a reaction to one of the four wheat proteins (albumin, globulin, gliadin and glutenida).It is much easier to detect and diagnose than celiachy and gluten intolerance, since its effects are almost always: swelling or itching in the mouth and throat, nausea, vomiting and even anaphylaxis;The latter can cause death.

Meanwhile, celiacism and gluten intolerance are autoimmune disorders: the organism reacts adversely to the great protein complex of gluten.The reaction takes place in the small intestine, mainly, and sometimes it takes a long time to damage the organ to the point of making serious effects notice.In most cases, even a tiny gluten amount triggers a reaction, but the external manifestation of this is not immediate - sometimes it takes hours - and the seriousness of the problem varies.Symptoms cover from swelling and gases to diarrhea, constipation, vomiting, headache, skin rashes and even hair loss and spontaneous abortions.Many of them are due to malnutrition that causes damage to the intestine, not to the immediate reaction to gluten in the organ itself;It is possible that celiacs and gluten intolerant are not even aware of what they have, but certain general achaches suffer from which are unknown.

Wearing a gluten -free diet can be beneficial for many people if they have slight intolerance to gluten, but do not know, or because they are forced to pay close attention to what they consume.However, feeding in this way can be much more expensive and much less healthy than doing it in a "normal" way when you do not have adequate understanding.This is because many gluten -free products whose objective is to imitate and replace the traditional ones containing wheat.Although these products are not unhealthy per se, their general nutritional value may be lower and their sugar content, greater than those of those wheat products to which they are supposed to replace.

If you have a basic understanding of nutrition and food sciences, it is possible to gluten without any dish that traditionally takes it.(© Anne Kohtz)

Live in Japan without consuming gluten

Contrary to what it may seem, 24 -hour stores are one of the best places to buy safe foods, since the products they sell are strictly and systematic.However, it is not enough to trust the labeling on allergens, since this information only refers to wheat allergy.It is advisable to learn Japanese enough to read the label itself and be careful with the modified starch (加工 デンプン; Kakō Denpun) and the maltose (麦芽糖; Bakugatō).Other important words to be paid attention are pastry flour (薄力粉; hakurikiko) and, yes, soy sauce (醤油 or 正油; shōyu).Although it is made with soybeans, as its name indicates, wheat is often used during its production.Even there are some labeling standards, sometimes small businesses in the food sector are not consistent in the names of the ingredients or the labeling of allergens.Faced with the doubt, it is better not to eat something.

Today practically all the main chains of family restaurants, or Famiresu, make available to the clientele information about nutrition and allergens online or in the same establishments, hence it is relatively easy to find something to eat in cities andlarger locations.Tokyo, Kyoto and Osaka stand out especially for housing a few restaurants whose letter contains only gluten -free food or a dish that does not carry it;They are found on the Internet without major problem.However, if we move away from population nuclei, the panorama can be bleak.The safest thing is to look for an authentic Indian restaurant.The Indian curry really does not usually wear gluten almost ever;In addition, as a general rule, it is served accompanied by rice.The Yakiniku (roasted Korean -style) is a fairly safe bet, but you have to be careful and make sure that they have not macerated the meat.Eye with salads for salads (the safest thing is to limit the salt and pepper of a lifetime).If we carry our own gluten -free soy sauce and read the list of allergens, we have the option of eating sushi;However, it should be noted that in some places where they presume to offer low prices they use wheat vinegar as a substitute for traditional rice vinegar.

A good way to determine the quality of a restaurant or another meal store is the treatment they give to the clientele that has food restrictions.In many establishments they keep a blank when someone asks for gluten -free dishes, vegetarians - vegans have it difficult in Japan - or by some other type of information about allergies.However, sometimes we find authentic jewels.Even if it is a neighborhood cafeteria willing to serve a rice bowl and a simple French tortilla, it is always pleasant to have a place to eat with friends.

Unfortunately, the consequences of eating something cooked informally can be serious.Many people do not know that soy sauce normally carries wheat, or that it is possible that the rice balls made in the same cutting table in which bread has previously posed or tempura are contaminated.It is even the possibility that the dashi broth made with consommé powder contains wheat, as well as the sweets prepared with Mizuame (水あめ or 水飴), a traditional Japanese sweetener.Those who have serious intolerance or allergy, or are celiac, should never accept homemade food here, unless the cook is aware of the situation.

Unfortunately, out of Tokyo it is relatively difficult to find medical resources such as antibody tests and nutritional advice for gluten -intolerant people.However, electronic commerce has changed things in the last 20 years.Today you can easily and quickly reque.Many online stores sell all kinds of gluten -free products: noodles, bread, cakes, cakes, tente...Many of them are frozen and in packages.Also, groups created in social networks have become a valuable tool to ask questions and find articles.

Most of the main supermarkets have a section dedicated to products for people who have allergies, among which soy sauce and gluten noodles are counted.They are usually quite expensive, but they are useful if there is no choice.However, there are few products whose label says “without gluten”, unless they have occurred specifically as such.In many cases, there is no other than entrusting the laws on hygiene and careful packaging for which this country is famous.Although there may be cross contamination in Japan, the standards of the food industry are usually highly high, hence the veracity of the label of a chocolate, glutinous rice tag or in theOf that which says that these brushes are made with a hundred percent flour of Sarracene wheat (十 割; Jūwari).

Living in Japan being celiac, or having gluten or allergy intolerance to wheat, means taking numerous disappointments, since we can never eat or tempura, nor ramen, nor gyōza, nor takoyaki, nor the thousands of delicious dishes that serve in the festivals ofthe whole country or in the Izakaya (taverns).Anyway, it is possible to eat well, and even taste the local cuisine to some extent, with a little preparation and an acceptable domain of Japanese.In the best hotels they will be devastated by serving a gluten -free meal that is beautiful and delicious at the same time;The most expensive restaurants and bars will also do the same.Those who do not speak a word of Japanese can print and laminate this card (there are several translations of this type on the Internet) and take it out when they need to communicate;In addition, they can use some mobile application to translate food labels.If everything else fails, we always have the option of buying a salmon onigiri or a bar I am Joy in the closer 24 hours store.

(Spanish translation of the original in English.)