Benefits of sport in patients with breast cancer 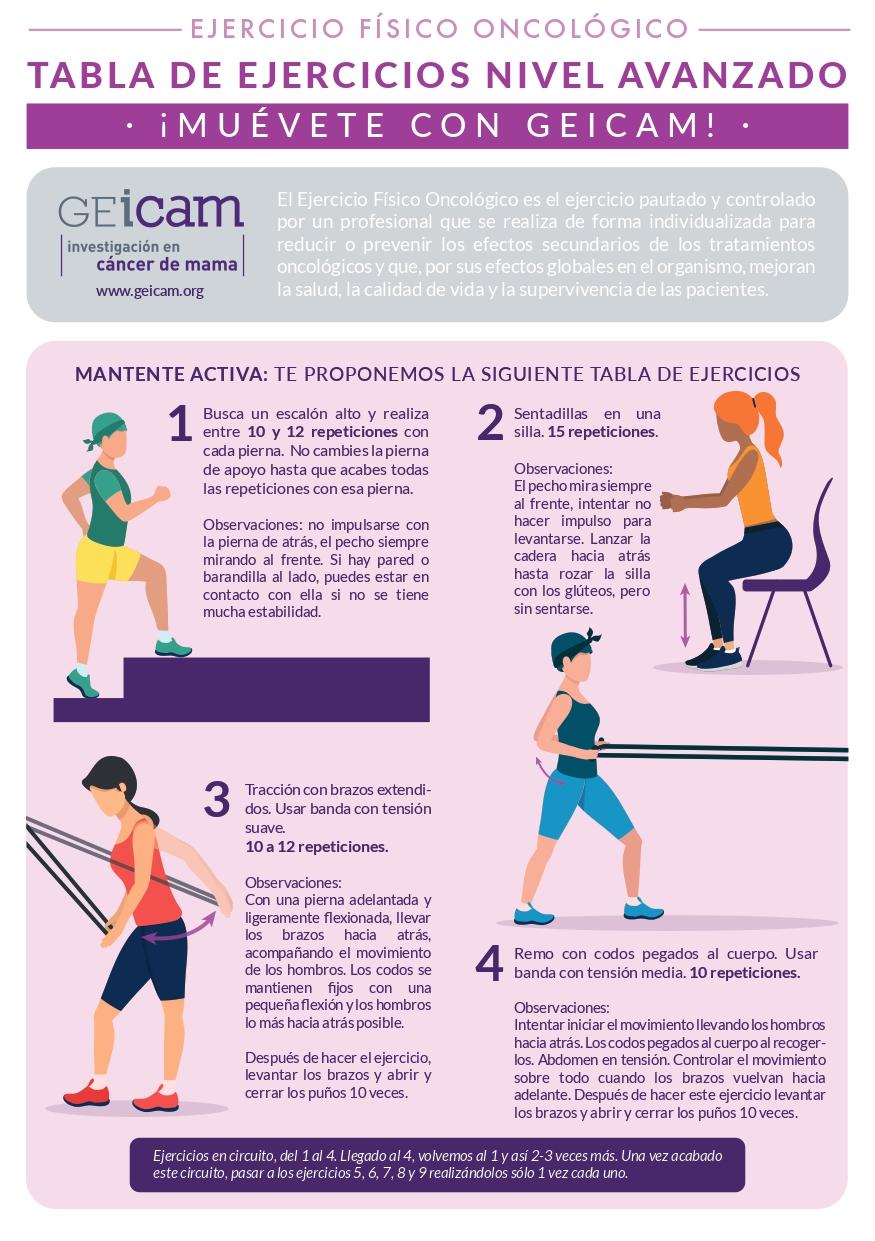 There is a great relationship between the practice of physical activity and the ability to maintain a good cognitive function in patients with breast cancer treated with chemotherapy, as has discovered a new research that has been carried out by the Faculty of Medicine of the Universityfrom Washington, in the United States, and has been published in the Journal of Clinical Oncology magazine.

The authors say that this study, in which the Medical Center of the University of Rochester in New York and the National Cancer Institute of National Health Institutes (NIH) have collaborated, paves the land to carry out future clinical trialsIn order to investigate whether moderate or intense exercise, it can avoid "chimiocerebro", which is a deterioration of the cognitive function experienced by many patients with breast cancer.

According to Elizabeth to.Salerno, professor of surgery in the Division of Public Health Sciences of the University of Washington and first author of the research, cognitive deterioration and its relationship with cancer treatment is a concern that more and more alerts professionals to professionals.

The same expert points out that "some cancer patients experience memory lapses, difficulty concentrating or problems to find the right word to finish a phrase", so, once discovered the harmful effects of chemotherapy in the cognitive function ofPeople, their objective was to understand the dynamic relationships between physical activity and cognition before, during and after chemotherapy.

In this way, with this study, experts wanted to ensure that, in the near future, early and profitable prevention strategies can be discovered to promote the health of breast cancer patients.

Finally, the results of the research ensure that maintaining “higher levels of physical activity can be really important to protect cognition in patients with breast cancer subject to chemotherapy,” explains Saleno.

Are the benefits of physical exercise real?

To carry out the research, experts analyzed the data of 580 patients with breast cancer and 363 participants without cancer.During the study, scientists measured the physical activity of patients with a questionnaire performed before, immediately after and six months after chemotherapy.In addition, in these three moments, the researchers also evaluated four different measures of cognitive function.

When the study began, about 33% of cancer patients completed the physical activity guidelines established by the United States Department of Health and Human Services, which recommend at least 150 minutes of moderate physical activity a week.

Later, during chemotherapy, the percentage of patients who met the guidelines decreased at 21% and six months after finishing treatment regretted up to 37%.

On the other hand, the proportion of participants who did not suffer from cancer and who fulfilled the weekly minimum of 150 minutes of moderate to vigorous physical activity was 40% in the three moments of the study.

The researchers highlight that, in memory and care tests, physically active cancer patients had had a performance similar to that of participants without cancer.Despite this, physically active patients continued to perceive a significant deterioration of cognition, especially during the period in which they received chemotherapy.

However, perceived cognitive deterioration was not as great as the one registered in inactive patients.

In addition, researchers speculate that self -decorated cognition measures could capture other common problems associated with chemotherapy, such as anxiety, fatigue or depression.

"Patients who systematically fulfilled physical activity guidelines during chemotherapy not only had a better cognitive recovery after the completion of chemotherapy, but also did not show a clinically significant cognitive deterioration, which means that they did not report a great cognitive changeperceived, "says Michelle C.Janelsins, professor at the Medical Center of the University of Rochester and the Wilmot Oncological Institute and main author of the study.

This expert emphasizes that, according to the evaluation of this study, "patients who met physical activity guidelines before chemotherapy had better cognitive function scores after chemotherapy and seemed cognitively similar to people who did not have cancer".

In this way, the findings of this research are key to highlighting the importance that exists in promoting physical activity as soon as possible throughout the continuous care of cancer.

What role does nutrition play in cancer treatments?

The union of aerobic and muscular exercise decreases cancer mortality

This is the protein that generates resistance to breast cancer treatment