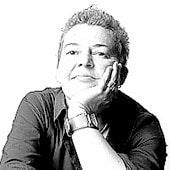 The State Government considers that the evolution of airfares for the routes that connect the Canary Islands with the peninsula in recent months is not decisive to know if there is an artificial increase. In response to deputy Pedro Quevedo (NC) on the procedures that are applied to evaluate the behavior of prices, the Executive assures that the Ministry of Transport makes a monthly follow-up of the average rates per route based on the data provided by the companies airlines and performs purchase simulations on a regular basis. The data obtained is analyzed internally to undertake the actions deemed appropriate, but the department headed by Minister Raquel Sánchez refuses to draw conclusions from the latest results.

"Currently, the air market is still strongly influenced by the evolution of the pandemic and neither supply nor demand are normalized," says the Government's response, "in these circumstances, any conclusion that can be reached about the evolution of prices must be taken with great caution, because it could respond to a temporary situation, "adds the text.

(Request) how to hull black walnuts? - howto via /r/knowyourshit http://t.co/RtowhOIb7U

The political agreement that NC signed with the PSOE to support the investiture of Pedro Sánchez -and which has kept the nationalist formation as an ally of the Government throughout the legislature-, establishes the commitment to carry out continuous surveillance by the Ministry of Transport and the National Commission of Markets and Competition (CNMC) on possible abuses in the price of tickets, in addition to "clear decisions" in the event of an eventual artificial increase in rates by airlines, such as the establishment of maximum reference prices, for which it would be necessary to previously declare as Public Service Obligation (OSP) those flights between the Canary Islands and the peninsula whose rates are to be controlled.

During last summer, air carriers made tickets to the Canary Islands significantly more expensive, reaching an average of 400 euros per journey -between 230 and 260 per journey with a resident discount-, 60% more than what they cost in previous months.